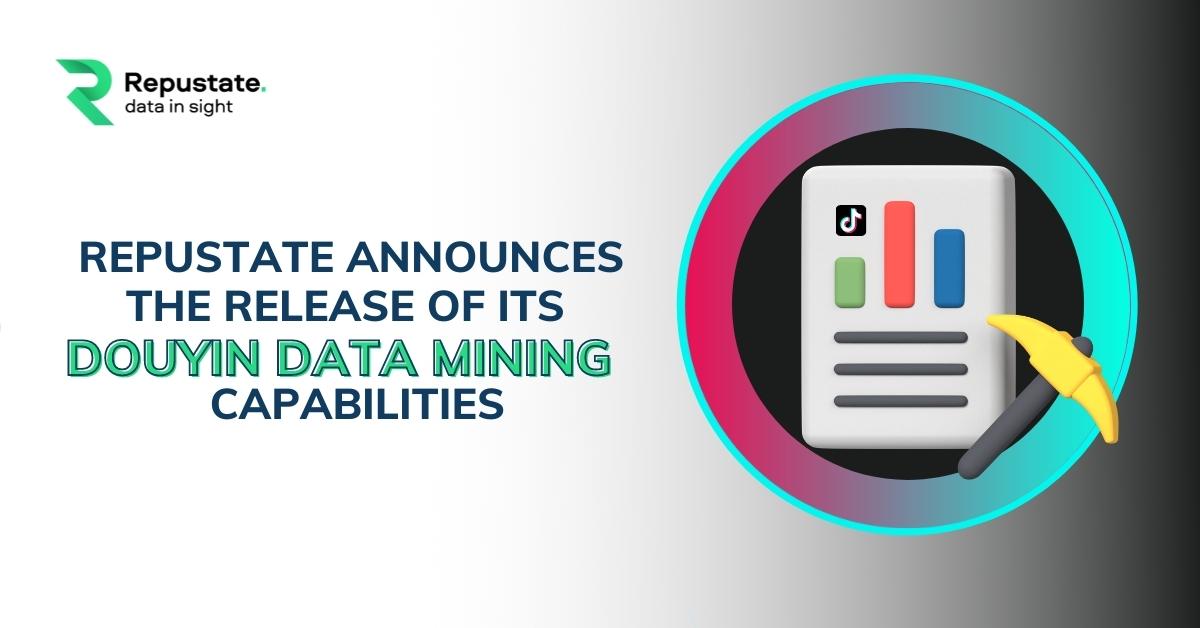 Repustate Announces The Release Of Its Douyin Data Mining Capabilities

This enhancement is part of Repustate’s strategic move to help brands leverage the growing demand for premium and luxury goods from affluent Chinese consumers. This is also an excellent opportunity for brands wanting to enter the Chinese market and therefore requiring accurate and reliable market analysis for different customer demographics. A short video app launched in China specifically for Chinese residents, Douyin currently has over 600 million daily active users and has been hugely successful for brands like Prada, Michael Kors, Gucci, and Chloe.

Unlike other platforms that use translations to understand Chinese languages, Repustate reads Chinese natively not only in terms of the language itself but how it is written – simplified or traditional. To achieve this, Repustate uses a technique called conditional random fields which uses probabilistic models to infer what the meaning of a particular glyph (character) is, given the glyphs around it. With a large enough pre-tagged corpus of Chinese text, Repustate achieves almost 100% perfection in distinguishing individual words or ideas expressed in a long chain of Chinese glyphs. As a result, insights gained from this sophisticated approach means that regardless of the Chinese language or dialect, Repustate IQ gives you the most precise results from the video data comprising the video itself, background imagery, and comments and hashtags.

Repustate’s all-in-one intelligent sentiment analysis platform, Repustate IQ, caters to all industries including clothing retail, health & lifestyle, luxury accessories, automotive, banking, education, and government agencies. The API is available as a pre-built aspect model, as well as a highly customized platform catering to each client’s specific needs. It is infinitely scalable and capable of analyzing 1,000 comments per second from all data sources including videos.

Significantly, Repustate IQ’s no-code technology allows clients to have complete control over the platform. Clients will have no need for a third-party technology vendor to customize the platform for any future requirement.